Very pleased to have presented in Wellington and Auckland this week for IPSANZ on the ever-live topic of trade mark non-use. Here are the opening and closing (takeaway) slides. Give me a call if you are interested in discussing or getting more details.

I have just had the pleasure of reading “On Tyranny: Twenty Lessons from the Twentieth Century” by Timothy Snyder – a best selling author and Professor of History at Yale. He has 20 well argued pieces of advice, one of which is:

“Defend institutions. It is institutions that help us to preserve decency. They need our help as well. Do not speak of “our institutions” unless you make them yours by acting on their behalf. Institutions do not protect themselves. They fall one after the other unless each is defended from the beginning. So choose an institution you care about—a court, a newspaper, a law, a labor union—and take its side.”

He cites the example of Germany, where in 1933 the nascent, democratically elected, Nazi regime took just a year to consolidate power and humble and emasculate the institutions of a sophisticated modern state. It’s easy to dismiss this and say it won’t happen now and it can’t happen here. Snyder tells us why that is an idle fallacy. It can and will happen if we are not vigilant and active in defending what we value.

It’s a very short read and easy to digest and I would highly recommend it if tyranny is something that weighs on your mind, as it does mine at the moment.

Excellent article by Jacqui Thompson and Melissa Perkin, charting the first 30 years of the NZBA’s life, from small beginnings to its central role in representing the independent bar in New Zealand ATB – 30 Years On Article Dec 2018

It was a real honour and privilege to accept the challenge at the Bar Association’s anniversary dinner at Te Puia, the New Zealand Māori Arts and Crafts Institute in Rotorua on 22 September, as we learn to understand and embrace our country’s rich Māori heritage and culture.

Pleased to have acted for Sanitarium in important trade mark infringement dispute, but also the first substantive case to deal with the border protection regime under the Trade Marks Act 2002, allowing detention and forfeiture of goods bearing an infringing sign – see CIV-2017-409-000526 [2018] NZHC 2501 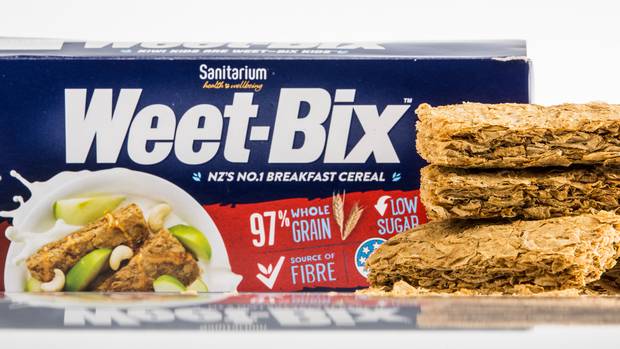 Writing in the English Law Society Gazette on 7 September 2018 John Hyde reports on a 2015 pilot for shorter trials, which is now going permanent in England and Wales.

The scheme provides a streamlined procedure where judgments are issued within 12 months and trials are no longer than 4 days. The parties initiate the process but if they can’t agree a judge is able to intervene. While disclosure and oral evidence are limited, there is no limit on the size of the case.

The scheme has generally been welcomed by practitioners because it avoids lengthy discovery and evidence, and as a result, significantly reduces cost and delay. Perhaps it’s time we looked seriously at a similar innovation in New Zealand?

Just back from the AMINZ annual conference in Wellington where I spoke on IP and Dispute Resolution.

Leading US mediator Lee Jay Berman gave a great address on how to grow your practice, including these beautiful words of wisdom:

While at the recent INTA meeting in Seattle I visited the Boeing factory. It’s the largest building by volume in the world and employs 35,000 employees at the plant per day – working in three shifts around-the-clock, to keep up with demand. Interestingly, a little-known fact, the first two planes that Boeing made were delivered to New Zealand.

Following on from my previous post on Naruto’s case, it’s interesting that in the appeals court and the District Court for the Northern District of California (Naruto v. Slater, 15-cv-04324-WHO (January 28, 2016) the courts based their reasoning largely on a lack of statutory standing. In other words, whether the case was brought by the type of plaintiff that can sue under a particular statute (copyright).

The problem here of course is that PETA had little or no connection with the “author” Naruto. They had their own agenda. What if Naruto was a highly trained pet – skilled in photography – and his minder or “owner” brought the claim? Would he or she have standing to bring a claim? Perhaps they would.

Arguably, this would be no different to a situation where a sophisticated AI system produced a highly creative, independent work but could not be defined as a human author in the traditional sense.

Perhaps we need to revisit the concept of authorship?